Ground shattering questions powerfully put forth by John Forbes Nash Jr. in the film, A Beautiful Mind—a biographical film about the noble laureate who suffered from schizophrenia and yet made some superb contributions to the field of mathematics and economics. 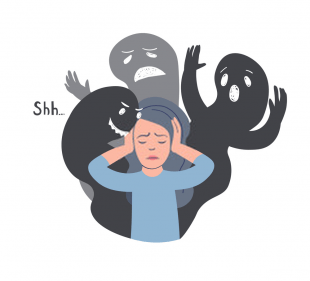 The debate of distinguishing what is normal from what is abnormal is a long standing one. Usually we regard a behaviour as being away from the norm when it is maladaptive, distressing, unwanted and/or culturally inappropriate.

In fact, the basic criteria that underlie all psychological disorders are the same as those used to define abnormality. While the ‘abnormality’ accompanying certain neurotic disorders isn’t very readily visible, that which laces psychotic disorders like schizophrenia is quite glaring and in-the-face.

The word ‘schizophrenia’ essentially implies the splitting (schiz) of the mind. It is a cluster of disorders comprising a set of symptoms like thought disturbances, perceptual irregularities, emotional disturbances, disorganized speech, distorted sense of self and impaired behavior, motivation, interpersonal and occupational functioning.

To receive this diagnosis, an individual must first be ruled out for the possibility of schizoaffective, depressive and bipolar disorder.

The onset of schizophrenia generally occurs in adolescence or early adulthood which is the time when life tends to become extensively stressful for most of us. We all tend to undergo identity crisis in this period and try to find where we belong. However for individuals with schizophrenia the state of confusion tends to become pervasive.

Adolescence is the time we step out of our secure bubble and start exploring thereby increasing our chances of facing hazardous incidents like accidents, job loss, death or abuse. For individuals predisposed to developing schizophrenia, any of these incidents can serve as a triggering point. 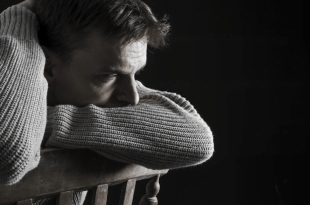 Positive symptoms are those that exaggerate functioning beyond the normal level i.e. they add something to the behaviour to make it abnormal. As per the diagnostic requirements, a person is said to have schizophrenia when they show at least one of the following positive symptoms:

Moving on to the negative symptoms, these are the ones that they reduce functioning below the normal level i.e. they remove something from the behavior to make it abnormal. They often originate in the prodromal phase and continue throughout the course of schizophrenia. They include:

Schizophrenia is generally biologically rooted. Use of neuroimaging techniques has shown evidence of wasted brain tissue and lost neural connections that contribute to loosening of thought associations. Family inheritance studies show a heritability estimate of 64 to 81 percent. Exposure to toxins or brain injury during the prenatal and postnatal period may also serve as neurological deficits contributing to this mental illness.

However, according to the Diathesis-Stress Hypothesis, the above mentioned biological contributors simply predispose individuals to developing schizophrenia but they only go on to develop it if exposed to psychologically traumatic and socially stressful situations. Predisposed individuals have a very low stress tolerance threshold, which when surpassed due to experiences of critical family environment, poverty, abuse, drug use, etc. may lead them to develop schizophrenia.

In general, use of hypnosis is not recommended with clients having psychosis as most hypnotherapists either lack the conceptual knowledge or lack the required skills. Another reason is that most hypnotherapists use imagination as a primary tool for inducing hypnotic state. This creates a potential for worsening of the condition. It is for this reason that we believe that only a person who is trained both in psychiatry and in hypnosis, that too in a safe environment, should use hypnosis with clients having schizophrenia.

You can learn more about integrating clinical hypnosis with cognitive therapies in our comprehensive course on Cognitive Hypnotic Psychotherapy™ that focuses on helping mental health practitioners develop advanced therapeutic skills. 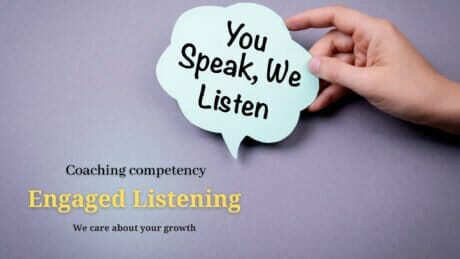 In this in-depth look at the 9th CHC Core Coaching Competency, we would take you deeper into the constructs and foundation of the art of effectively listening & coaching. What