2 NLP Presuppositions related to Choices that you must know about

In this post, we are going to explore something really important i.e. choices and we do so with the help of two important NLP presuppositions:

Starting with People make the best choice they can: 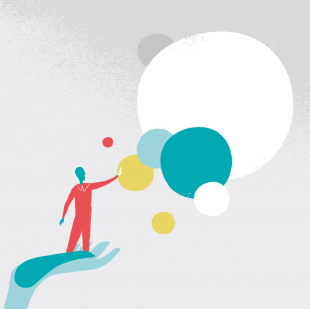 When an individual makes a choice, he/she at the time of making the choice feels that of the choices available, this is the best choice.

What can happen later is that the person realises that the choice did not lead to the results that they expected or that there were other better choices available that he/she was not aware of.

But these are all assessments in retrospect. At the time the choice was made it seemed to be the best choice of the one’s available.

Where are these choices available?

The choices that are available as a part of our map.

Remember the presupposition “Map is not equal to territory.”

This understanding that people are always making the best choice they can is a build up to the next presupposition.

Having choice is better than having no choice:

This is because the more choices I am aware of, the more informed my final decision would be.

In other words, to create change in a person’s behaviour we don’t have to take away a choice or a behaviour but we have to help the person become aware of more choices. Choices that will help him get the expected result more effectively.

Let us understand this with the help of an example: 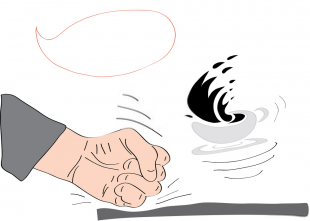 There is a man who has a tendency to get angry when his wife cribs. In that anger he ends up saying things that he doesn’t mean and regrets later. He decides to take a therapy to overcome this problem of anger.

During therapy, in the classical sense this problem is understood as person with anger. You remove the anger and what you are left with a person without a problem.

The way we look at it is slightly different.

So, while helping the person release the stored anger is one of the objectives of the therapy, the focus will be on helping the client learn and apply alternate and better ways like calmness for dealing with the same situations.

In other words, instead of taking away the choice of becoming angry (after-all anger can also be useful in some other area), we focus on adding a better choice of calmness.

The key in this case is to help the person access and apply the new choice (calmness) as naturally and automatically as he was accessing the earlier choice (anger).

Now that the person can access both states with equal ease, he would naturally want to choose the one that is more appropriate, which in this case would be calmness.

A real-life example on these lines is when recently a friend was discussing a problem that he was facing with his wife. 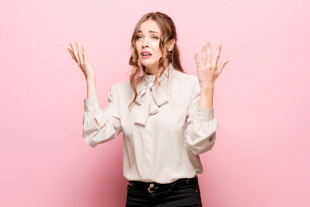 He said that the moment I reach home my wife starts cribbing. I hear her for some time but then at the end of the day how much can a person take.

When I am no longer able to handle that cribbing, I just loose it. I get angry and then all hell breaks loose.

You could literally notice the sense of helplessness he was experiencing. He ended by saying at least when I get angry, she becomes quiet. I am not happy that I get angry but what else can I do?

I replied to him saying that a couple of days back another friend was talking about a similar problem and how he dealt with it. Maybe you would like to try what he did.

So, I continued, he said that “every time I went home, my wife cribbed. I realised that there is something that needs to be discussed but had no idea what it was. Had tried every way possible to understand what was the problem but nothing worked.

Then one day I read somewhere that when people are going through a bad time, all they need to do is feel loved. So, I went home that evening, my wife started cribbing and while she was cribbing, I went ahead, hugged her and told her that no matter how you feel about me, I still love you a lot and am there with you always.

He then continued that “All of a sudden there was silence, she stopped cribbing and became calm.”

He added “I am not sure whether this was because she felt loved or that my response took her with surprise. But once she calmed down, we are able to discuss things and somehow she was open to the idea of telling me her problem.”

After finishing this short story, I asked the friend who was currently having problems with his wife that would he like to try what the other friend did.

He initially said how can I hug her and tell her I love you when she is cribbing. His question tells us that in his map this option doesn’t even exist. But as he thought about it, in some time he said what is there to lose really. I think I will give it a try.

Thus, as he becomes aware of an additional choice which is perceived as better than the existing one, there is a natural tendency to move towards the new choice.

I then used a process called anchoring, to help him remain calm when he meets his wife. In that state of calmness when he hugged his wife, he was surprised by the results.

Summarising the application of presuppositions related to choices

To summarise, in order to facilitate behavioural change in a person, one can begin by understanding the map of the person, then expand this map in a way in which he / she becomes aware of new and better choices. The person will than automatically have a tendency to choose the best choice.

Once the person makes that choice, we can help him with ways to apply that choice more naturally and effectively.

Remember the key here is, to be able to apply the new behaviour / choice as effectively and as naturally as the old behaviour. This is where Hypnosis becomes an invaluable tool! 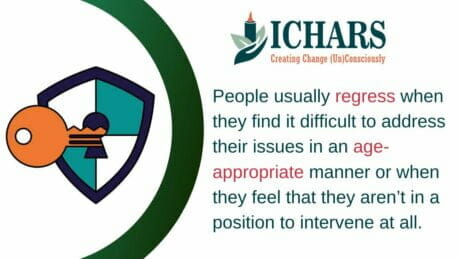 In this Article, we will focus on Understanding what does regression as a defence mechanism mean How it can benefit in the short run How it can create problems in

How to live life you want?

“Love life you live, live life you love” – Bob Marley Getting bored once in a while is quite normal. But experiencing boredom and stress frequently may indicate that you