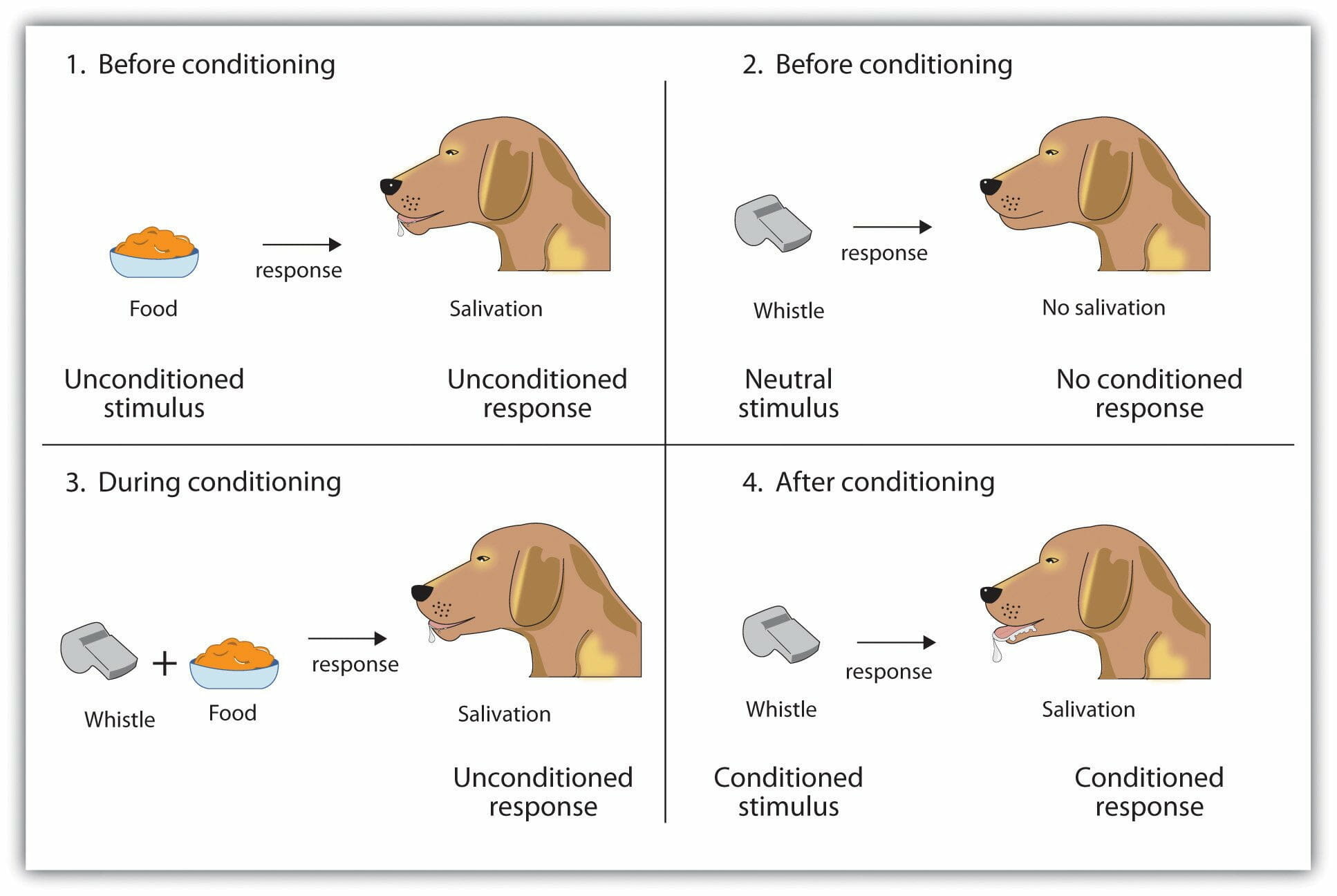 It would be wise to briefly describe “conditioning” before classical conditioning could be explained.

Learning by conditioning is also called learning by association. Most of the learning takes place by this process. It consists of associating one experience with another experience that is already familiar to us.

Conditioning is simply the process of taking up some new stimulus for which we already have some response.

For example, our stopping at the sight of a red traffic signal is an example of the conditioned response.

Conditioning involves forming an association between the events in the environment (stimuli) and our behaviour (responses).

There are two kinds of conditioning; Classical and Operant.

We will focus on Classical Conditioning here which forms the basis of NLP / Hypnotherapy process known as “Anchoring”.

Thus the dog associates that every time Bell rings he gets food and food triggers salivating. This leads to an association between Bell, food & salivating in a way that the dog salivates when the Bell rings even if the food is not there.

Thus triggering a conditional response of salivating based on the conditional stimulus of Bell.

In other words, if an association is created between a stimulus and response, every time there is a stimulus it automatically triggers the associated response.

Now humans in this respect are not too different from dogs as we work on more or less the same principle with an exception (mental state) at times.

Before we move on to the S-O-R model let us apply the S-R model to humans.

As you may already have realised, the S-R model is applicable to humans, S-O-R model is like an update to the same and introduces the idea that the organism may choose to respond to the same stimulus in different ways depending upon its state of mind.

For example, a child who loves playing video games generally responds by playing (response 1) when is presented with the stimulus of a video game in front of him. If when the child plays the game, the mother gets mad at him then this response of the mother becomes feedback for the child. The child now associates fear with playing the video game in front of her. In future, whenever the mother is present due to a mental state of fear the same child will respond to video games by avoiding (response 2) them.

Application of S-R and S-O-R Model in therapies:

These models help us understand, if not completely to a large extent, the reasons behind a person’s behaviour and hence are very relevant when it comes to behaviour-related issues.

Most of our behaviours are driven by our mental states which at most times are affected by how we associate with a particular stimulus. In other words, if we wish to address a behaviour one needs to understand how the stimulus affects the clients’ mental state and then change this association.

The question is how we can classically condition (anchor) ourselves or others for our benefit & / or change the existing conditioning which drives our behaviour? and the answer is….

Anchoring in neuro-linguistic programming and installing triggers in Hypnotherapy are expressions used for the process by which you apply a gesture, touch or sound at the peak of a state, either in oneself or someone else. The said anchored state can then be recalled or re-activated (triggered) by reapplying the gesture, touch or sound.

In the words of Bandler and Grinder

Anchoring refers to the tendency for any one element of experience to bring back the entire experience.

Once we learn to create anchors (with self & others), we can use them to achieve a resourceful state at will. For example, touching the knuckle of the left hand after the anchor has been established so that this action produces a resourceful state.

A powerful technique for thought management based on the application of the S-O-R model. The technique helps us change the way we think or behave in specific situations, with specific people or when exposed to specific triggers.

The technique works by associating the stimulus (example: asked to speak on stage) with the desired thought (example: people applaud for me) to create the desired emotion (example: confidence) which leads to the desired response (example: stepping on the stage and delivering a speech).

The format used to create an if-then statement is:

If the STIMULUS then the DESIRED THOUGHT

So in the above example of the stage, the if-then statement becomes:

If I am asked to speak on stage then I realise that after the speech people will applaud for me.

For more information on how to create If-Then statements for thought restructuring, you can check out the article titled, A simple yet powerful technique for creating change “If-Then Statements”

Unconditioned Stimulus (US): A stimulus that unconditionally, naturally, and automatically triggers an unlearnt response.

Unconditioned Response (UR): A natural, usually unvarying response evoked by a stimulus in the absence of learning or conditioning.

“What does Hypnosis feel like?” is one question hypnotherapists get asked all the time. The truth is that there is no singular answer to this question as: The experience differs 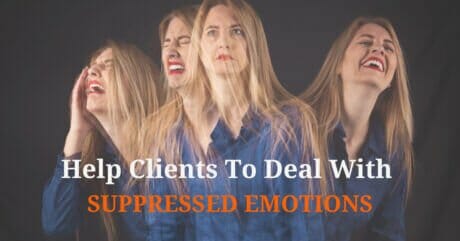 Despite providing clients with a safe space to share their concerns and express their emotions, using catharsis processes for venting out deeper suppressed emotions, and helping them rationalize the thoughts