Learn to quickly reprogram your mind with “If-Then Statements”

In an earlier post we had described, how our behaviours are generally driven by our internal story and that we can influence our behaviour and the behaviours of others by changing these story.

In this post we will shift our focus to a simple yet powerful technique, known as the “If-Then Statements”, that can be used for reprogramming mind and behaviours by changing the internal story.

I’m sure you have heard of this expression If – then before, haven’t you?

It is a very common expression in computer programming. Simply speaking with “if-then statements” we are telling the system “if A happens then the system is supposed to do B”.

For example, if A is “double click on a .doc file”, and B is “Open Microsoft word and display the contents of the file”.

So, whenever someone double clicks a .doc file the system will automatically open Microsoft word and display the contents of the file.

Now that you understand what if-then statements do, you may wonder how is it related to changing human behaviour?

It is quite simple because the human system when it comes to automatic behaviours is not too different from a computer system.

It works consistently and systematically once an if-then program has been accepted.

For example, have you ever come across a person who has had a phobia of cockroaches? Has it ever happened that one day he/she sees a cockroach and forgets that he/she has a phobia?

Every time without fail whenever he/she sees a cockroach, he/she looks at it and behaves in a consistent manner. Like, he/she jumps, shrieks, shouts and finally runs out of the room. He/she would never fail to do that.

It is almost like a program running on autopilot, is it not?

A program that has resulted in a strong association that is undesirable.

Take another example of Stage and Anxiety. Someone who is anxious of public speaking would generally find it difficult to break this association. Every time they see a stage or a large audience, the mind automatically runs a program that creates anxiety.

But what if we could use “If-Then Statements” to literally suggest the mind to run a new program instead of the old one.

What if we would use the “If-Then Statements” to break the old association and create a new one?

Which means the next time, when the person sees a stage his mind automatically runs a program that creates confidence and excitement.

It would be amazing, wouldn’t it be?

But can If-then statements really do this?

The short answer is YES!!! The long answer, if you follow the process of using if-then statements correctly and combine it with the power of repetition, it is quite incredible as to what these two can help you accomplish.

What do I mean by the right process when using “If-Then Statements”?

Take the stage and anxiety example: Even if a person continuously repeats to himself “If I see a stage, then I feel confident” would the repetition really work?

The chances are very less because it is a big jump and the mind may not know how to make this jump. In other words, the mind is not aware of the program that can create this new feeling.

So, we need to create a slightly smaller jump that contains the details about the program that the mind can run to create this feeling. Once the mind runs the program, the feeling will come naturally.

But what will this new program be?

We already know from the “why we do what we do post” that the external stimulus triggers a story in the mind and it is this story that leads to the behaviour. The existing program is the current undesirable story and the new program will be a new desirable story.

How do we use If-Then Statements to connect the stimulus with a new story i.e. to reprogram the mind and behaviour?

We connect the two together simply by the power of rhythmic repetition.

Have you heard of the chant “Hare Rama, Hare Krishna?

If have come across this chant a no. of times, you may have noticed that even without believing in it, if you hear “Hare Rama”, the first thing that comes to your mind is Hare Krishna.

Because you have heard this n number of times and the repetition has created an association.

So there are 2 things at play here: First is repetition and second is that the chant is very rhythmic.

With the If then statements, that’s exactly what we will be doing. We will be repeating a rhythmic expression in the form of If this – then this to create an association that is strong enough to work on autopilot.

So, taking each of the examples from the above, the expressions that the person needs to repeat are:

Now that you understand how the new if-then statements would look and sound like, let us list the steps to create and use these statements.

Steps to create and use IF-Then statements

A couple of things you should keep in mind:

Before going ahead, why don’t you give this technique a try?

Take any one situation / issue / habit from your life and use this technique?

If you are a coach or a trainer who would like to learn to use “If-Then statements” with your clients or participants along with other advanced coaching techniques, you would really appreciated our power packed and comprehensive Cognitive Hypnotic Coaching™ Program. On the other hand if you are a psychologist or have completed your MSW, you must search for the Cognitive Hypnotic Psychotherapy™ Program.
PrevPrevious
NextNext 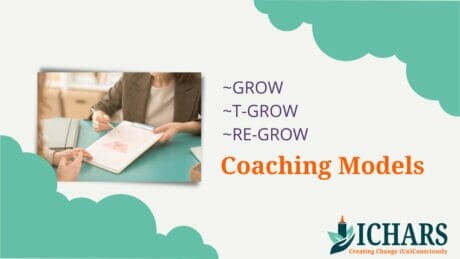 A coaching model is a framework; it’s the underlying structure that you can use when you’re coaching someone. This structure consists of different components or steps. Each component or step has 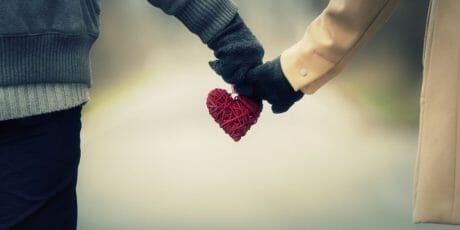 Falling in love is the easy part. Sustaining, nurturing, creating and maintaining a relationship in which love cannot just survive but thrive; that’s what creating extraordinary relationships is all about.

Fear of failure – Meaning, Causes and 7 Simple Actionable Tips to Overcome it

Introduction Almost everyone wants to achieve success and avoid failure. That said many a times the road to success is laid upon what you have learnt from your past failures.