Step by Step guide to use Hypnosis for Alcohol treatment successfully

Did you know that you can use Hypnosis for Alcohol Treatment?

[easy-tweet tweet=”In fact #Hypnotherapy can be very effective for helping people #QuitAlcohol. This is true for both who are addicted to alcohol and those who are occasional or social drinkers.” user=”icharsonline” hashtags=”ICHARS, Deaddiction” template=”light”]

Hypnotherapy can be used as a standalone technique or can be used in combination with other therapies or with other de-addiction programs for best results.

Before we get into how one can use hypnosis for alcohol treatment, let us look at the important question that most occasional drinkers ask themselves.

Do I Need to Drink Less Alcohol? 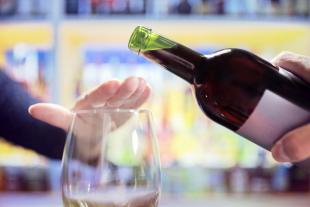 The biggest problem with alcohol is its wide availability and social acceptance.

However, many drinkers secretly worry that they drink too much. They think they need to quit drinking altogether because they are not able to drink in moderation.

[easy-tweet tweet=”The truth is that a lot of people do not even discuss their concerns with their doctor or family because they know they would hear, Just cut back a little.” user=”icharsonline” hashtags=”Hypnosis, Alcohol, HypnosisForAlcohol” template=”light”]

Many clients tell me, “It is so frustrating to hear this. If I could, I would have done it by now! What makes it worse is when I am told I don’t have a strong enough willpower and therefore I am not able to control my drinking.”

While professional counselling can be helpful to some, the real problem is that many drinkers feel isolated, alone, and shamed by responses that do not give them any tools to help them drink less. They are often left with a feeling whether they have a “real” drinking problem, or not.

[easy-tweet tweet=”Here is a good look at how #hypnosis can help people who may not be diagnosed as alcoholic but who can benefit from cutting back on drinking” user=”icharsonline” hashtags=”ICHARS, HypnosisForAlcohol” template=”light”]

At the age of 18, Rahul realized his girlfriend was cheating on him and broke up with her. He was frustrated and angry. A friend suggested they get drunk and have a break-up party, so he could get some closure. Rahul tried vodka for the first time and within 10 minutes, he felt relaxed and at ease. Suddenly, he didn’t care so much about his ex-girlfriend.

Many years later, Rahul realized that drinking vodka was getting a little out of hand. Although he wasn’t a regular drinker, whenever he drank, he hit the bottle hard and this worried his family. Rahul was secretly worried too. But he just couldn’t ‘just have one or two vodkas!’ –– It was always at least half a bottle.

The trauma that Rahul experienced at 18 triggered an emotional urge of drinking too much whenever he felt unsafe. He felt slipping down the slope of alcoholism.

Rahul’s unconscious mind had developed a habit. To prevent feeling vulnerable and pain, it chose the closest fix and drove him to pick the bottle. In a split second, it found vodka! Unknown to Rahul, his unconscious mind was demanding vodka to soothe him.

Remember it is not about willpower! Rahul didn’t want to drink unhealthy quantities, it was his unconscious mind that had learned that alcohol was a good quick fix.

Many habitual drinkers, like Rahul, have found alcohol to be an easy and fast solution to find some reprieve from the anxieties and stresses of everyday life. The mind doesn’t like feeling anxious, scared or vulnerable. So, whenever the mind feels like life is too challenging, it will find ways to give that person an emotional quick fix.

For Rahul, vodka was the quick fix. For others, it can be sweet/fatty foods, cigarettes, chocolate or something else. 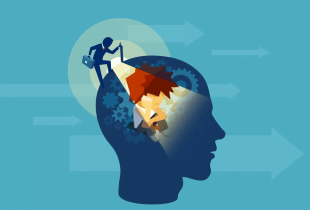 Your unconscious mind is that part of the mind that runs the involuntary bodily functions and stores all memories and habits. When the conscious decides that you need to reduce drinking, it will not happen unless the unconscious mind understands this request and confirms it as appropriate behaviour.

[easy-tweet tweet=”If your #UnconsciousMind holds that #alcohol helps you calm down or helps you fall asleep, this part of the mind will continue to make you reach for that bottle.” user=”icharsonline” hashtags=”ICHARS, HypnosisForAlcohol” template=”light”]

Hypnosis is an excellent tool to communicate directly with the unconscious mind. Hypnosis can be used to identify the unconscious reasons underlying the unhealthy emotional conditioning to alcohol and to replace it with more logical and helpful choices.

Another important feature of hypnosis is that during hypnosis learning can occur without judgement.

How to use Hypnosis for Alcohol Treatment?

The biggest advantage of using hypnosis for alcohol treatment is that it takes care of the two major problems that most therapies struggle with:

Integrating other techniques with Hypnosis for Alcohol treatment

While techniques covered  in standard hypnotherapy programs are good for alcohol treatment but integrating Hypnosis with other techniques like NLP, behavioural therapy and using an eclectic approach is a lot more effective and comprehensive.

If you are a therapist or psychologist and would like to learn more about integrating these techniques and mastering these skills, check out our Internationally accredited, integrated program titled “Cognitive Hypnotic Psychotherapy™”.

In case of severe addiction to alcohol, it is recommended that Cognitive Hypnotic Psychotherapy must be used in conjunction with rehabilitation treatment offered in de-addiction centers.

Cognitive Hypnotic Psychotherapy™ is a life-changing therapy that can help many drinkers or other compulsive consumers who want to break the unhealthy cycle of drinking alcohol or smoking or binge eating and replace it with more logical and helpful responses.

Once a drinker does not need alcohol to soothe emotional pain, their whole outlook will be brighter, they will feel more in control of life, and they can then drink alcohol without it becoming a compulsive behaviour.

If you are a therapist or psychologist, who wants to learn more about Cognitive Hypnotic Psychotherapy or Hypnosis in general, check it out HERE. 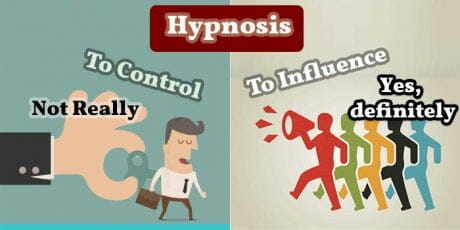 What is Hypnosis? – The Complete Guide

When we talk about what is hypnosis, we often tend to be either talking about: the relaxed, focused, absorbed feelings associated with a ‘trance state’, or we tend to be talking about the interesting things people can do when hypnotised: such as not feeling pain, or experiencing hallucinations.

Introduction In this post we would focus on Bipolar Disorder: what is it, its types and its treatment [easy-tweet tweet=”Everyone experiences ‘mood swings’ once in a while. But for some